So you never win anything huh? Yeah me too, until earlier this week that is. I got an email on Monday from one of my vendors letting me know that a colleague and I had won their Christmas promotion. After getting over the initial disbelief I started to get rather excited, you see I though that the prize was rather cool. The prize was a nighttime flight on an ex-military C-47 (DC-3 in civilian terms) over Fort Worth to see Christmas lights from the air.

We were booked on the last flight of the season which was on Thursday night, I wasn’t sure if any lights would still be there to see but I needn’t have worried. We had an 1830 departure from Fort Worth Meacham and those of you familiar with modern aviation will be extremely jealous of the approx. 10 second check in process.

The walk from the terminal to the plane was not too long, it was a little chilly though. We had a quick briefing in a second building (terminal?). Once we got through that is was out to the plane. I’m going to try and remember what we were told about the plane, not guarantees on accuracy, or even if they were telling the truth.

This particular plane was commissioned by TWA around 1940, they never took delivery of the plane as is was diverted to the military to be used as a transit plane in World War 2. Once the war was over the plane was acquired by Delta and operated as a domestic passenger carrier for many years. Once Delta were done with it, apparently it was sold to the Mexican government and was used by the President of Mexico as his “air force one”, he made some changes to the window configuration having some wide windows put in at the front and back to increase the viewable area. After its time in Mexico it served time with a sky dive company and some other owners before coming into its present ownership. The current owners painted it back to its WWII origins and changed the windows out so there are gun holes in them (I’m assuming El Presidente didn’t have hole sin his windows).

Once we had taken some photos outside it was time to board. The incline to get up the cabin was quite steep, the whole thing felt like we were getting involved in some Indiana Jones adventure. There is no heating on the plane and the window holes I was anticipating and chilly flight. Once the propellers were fired up I could feel the wind from them if I put my hand to the hole. The noise wasn’t too bad as we taxied towards take off. However once the engines were running at takeoff speed, they were deafening.  The ear protectors sat on all the seats made sense very quickly, my skull was vibrating it was so loud.

Take off was quick and incident free and then then we were in the air, free to move around the plane & photograph whatever we wanted. The vibrations made good shots tricky, but with a lot of shooting I managed a few. The view was spectacular, from downtown Fort Worth, to rush hour traffic , to the cities in general and of course the Christmas lights, it was simply magnificent. 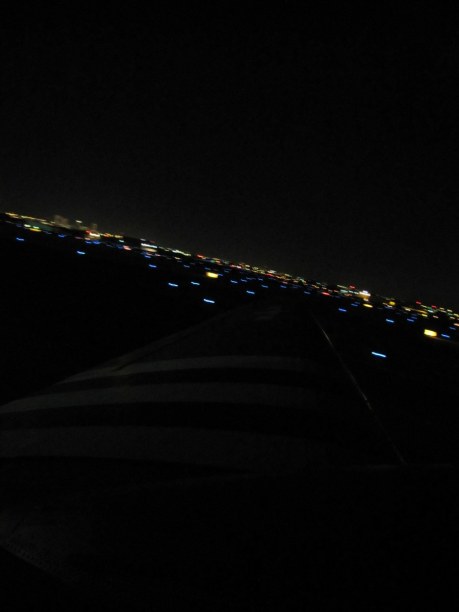 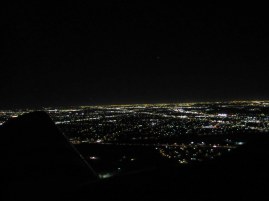 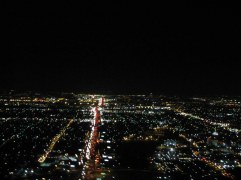 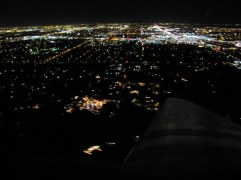 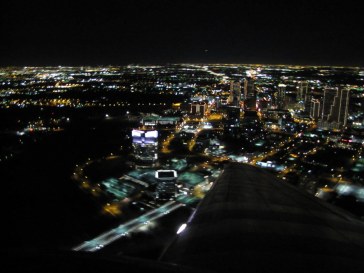 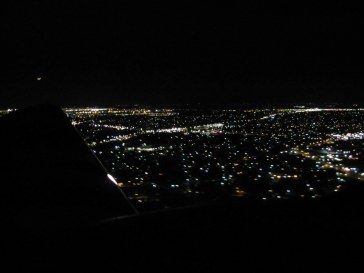 All too quickly the trip was over, it was only around a 30 minute flight, but it was a 30 minute flight that will last long in the memory. It was an incredible experience, one that I would recommend to anyone who enjoys flying.

One thought on “Christmas Light Flight” 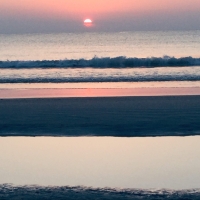 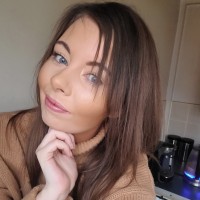